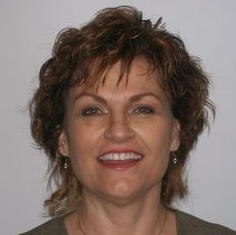 Growing up as a military/government employee dependent I had an opportunity to start traveling the world at the age of two weeks, starting in Germany two weeks after my birth in Frankfurt and heading home to Athens, Greece with my parents. Thereafter, as a youngster, our family lived throughout the United States and in Germany. When a sophomore in High School we moved to Foster City, California.

I have remained in San Mateo County throughout most of my adult life and have been a small business owner in San Mateo since July, 1992. I have developed a thriving and growing law practice specializing in the area of family law, maintaining an active case load. Since opening my office, we have handled in excess of 2,400 matters.

Encompassing a work history of in excess of 40 years in the legal profession, I have held various positions beginning as a Calendar Clerk in 1974, with a series of progressions to that of legal secretary, paralegal and into upper management. In June 1991 I was admitted to practice law in California with a Doctorate degree in law and maintain my own law practice, continuing to emphasize in all areas of family law since 1992.

From 1974 until 1981 I was employed as a legal secretary and in 1981 obtained my first paralegal/legal assistant position which included office managerial duties as well.

Until June, 1991, I worked as a paralegal with firms specializing in personal injury and worked with such firms as The Boccardo Law Firm (San Jose); Law Offices of Gerald Sterns (San Francisco); Ropers, Majeski, Kohn, Bentley, Wagner & Kane (Redwood City) and finally at Anderlini, Guheen, Finkelstein & Emerick (San Mateo) before opening my own practice in San Mateo.

In July, 1992, I opened my own office continuing to emphasize in the area of family law and have excelled in that endeavor as well, having brought with me from the Anderlini firm 35 of my 39 clients and since that time, increased the client base to in excess of 2,400.

I have maintained my office as a solo practitioner.

No matter what the outcome we would use your services again. I appreciate your personal touch.
Divorced Dad

DISCLAIMER: The testimonials on this site in no way are to be construed as a guarantee, warranty, or prediction regarding the outcome of your legal matter.

This website uses cookies to improve your experience while you navigate through the website. Out of these cookies, the cookies that are categorized as necessary are stored on your browser as they are essential for the working of basic functionalities of the website. We also use third-party cookies that help us analyze and understand how you use this website. These cookies will be stored in your browser only with your consent. You also have the option to opt-out of these cookies. But opting out of some of these cookies may have an effect on your browsing experience.
Necessary Always Enabled
Necessary cookies are absolutely essential for the website to function properly. This category only includes cookies that ensures basic functionalities and security features of the website. These cookies do not store any personal information.
Non-necessary
Any cookies that may not be particularly necessary for the website to function and is used specifically to collect user personal data via analytics, ads, other embedded contents are termed as non-necessary cookies. It is mandatory to procure user consent prior to running these cookies on your website.
SAVE & ACCEPT